A mother who will go blind if there isn’t enough male blood available to treat her eye condition is urging more men to donate.

Jo Daniels, a psychologist from Bristol, depends on a special eye serum made of donated male blood to treat Sjögren’s syndrome.

Without the vital medication, the 39-year-old fears she won’t be able to see her young daughter grow up.

The auto-immune condition causes her eyes to dry up and leaves her with painful ulcers, which can lead to corneal damage.

The serum can only be made with male blood because it is richer in plasma and platelets than female blood. 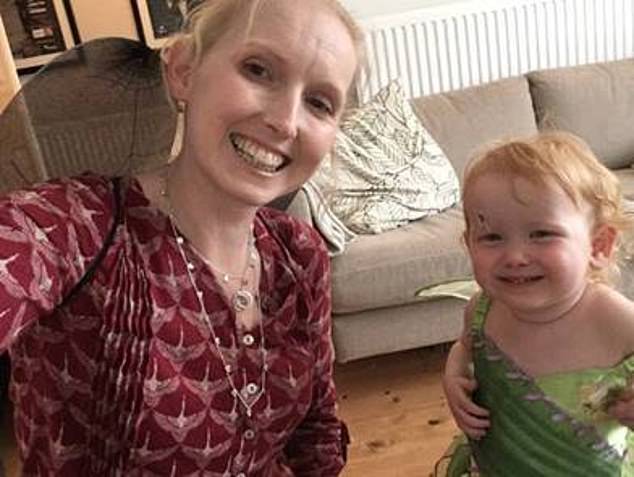 Jo Daniels, 39, a psychologist from Bristol, will go blind if there isn’t enough male blood available to treat her eye condition. The mother-of-one is urging more men to donate

The number of men giving blood has plummeted in recent years, according to NHS Blood and Transplant (NHSBT).

It has dropped by 24.8 per cent over the past five years in England, compared to a six per cent decline in women.

Mrs Daniels became reliant on the serum when her sight began to deteriorate at an alarming rate, BBC News reports.

Her eyes were itchy for a while, before they became painful and here vision…