Wildlife is flourishing in the exclusion zone around the disabled Fukushima Daichii nuclear reactor in Japan, images from remotely-operated cameras have revealed.

Researchers spotted more than 20 species in areas around the reactor, including wild boar, macaques and fox-like raccoon dogs.

The findings help reveal how wildlife populations respond in the wake of catastrophic nuclear disaster like those that occurred at Fukushima and Chernobyl.

Humans were evacuated from certain zones around the the Fukushima reactor following radiation leaks caused by the Tōhoku earthquake and tsunami of 2011. 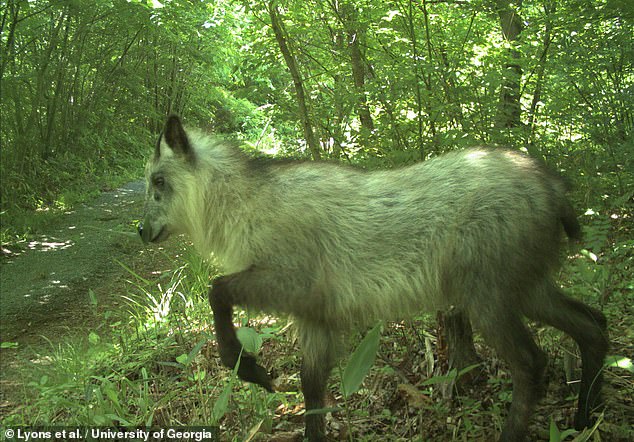 Wildlife like the Japanese serow, pictured, are flourishing in the exclusion zone around the Fukushima nuclear reactor in Japan, images from remotely-operated cameras have revealed

Wildlife ecologist James Beasley of the University of Georgia, in the US, and colleagues used a network of 106 remote cameras to capture images of the wildlife in the area around the Fukushima Daiichi power plant over a four-month period.

Taking more than 267,000 photos, the cameras captured images of more than 20 species — among which were foxes, Japanese hares and pheasants.

Why did Shelter back a squatter in my dad’s house? TONY HETHERINGTON ...

More than 12 Saudi servicemen in US to be expelled after Pensacola ...