By Michael Thomsen For Dailymail.com

A new wireless payment system in the New York City subway appears to be causing some commuters to be double charged as they pass through the turnstiles for their morning commute.

According to multiple reports, commuters swiping their MetroCards have found their Apple Pay accounts inadvertently activated and charged the $2.75 for fare a second time.

The double charging appears to be caused by a new contactless payment system called One Metro New York, which the MTA is planning to transition to by 2023. 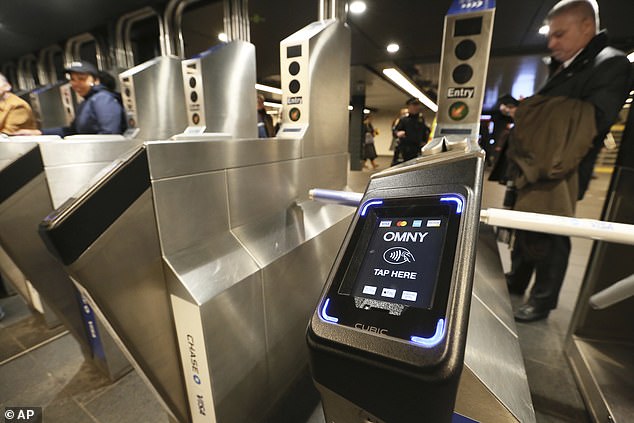 Britons donated £10bn last year: How to benefit from being charitable