Chloe Lattanzi will appear on Dancing With the Stars Australia in 2020, it was revealed on Tuesday night.

And the daughter of Olivia Newton John is excited for her appearance on the show – which she has a good chance of winning thanks to her dance background.

The 33-year-old took to Instagram to share a number of behind the scenes photos and videos after the announcement was made. 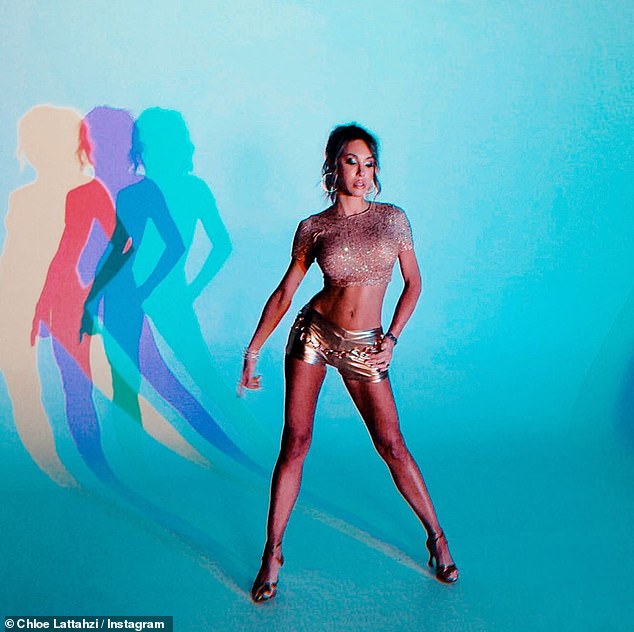 Move it! Taking to Instagram on Tuesday, Olivia Newton John’s daughter Chloe Lattanzi (pictured) revealed her excitement ahead of her Dancing With the Stars appearance

Chloe also shared a photo in which she is in what appears to be one of her skimpy dance costumes consisting of gold hot pants and a crop top.

The actress and singer captioned that flirty snap: ‘Dance with me!’