Donald Trump said Monday that it doesn’t matter if the threat Qassem Soleimani posed to the U.S. was ‘imminent’ more than a week after he ordered the drone attack that took out the top Iranian military leader.

‘The Fake News Media and their Democrat Partners are working hard to determine whether or not the future attack by terrorist Soleimani was ‘imminent’ or not, & was my team in agreement. The answer to both is a strong YES., but it doesn’t really matter because of his horrible past!’ Trump posted to Twitter.

The president had to repost the tweet when he mistakenly used ’eminent’ instead of ‘imminent.’ Although homophones, the words mean two different things with eminent referring to a famous person or positive attribute and imminent means something is about to happen or is looming.

Nothing else in the amended tweet was altered from the original posted a few minutes before. 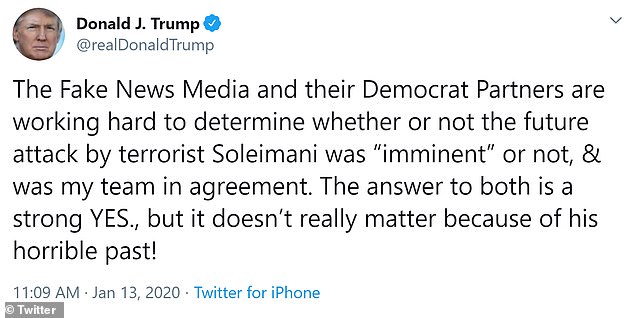 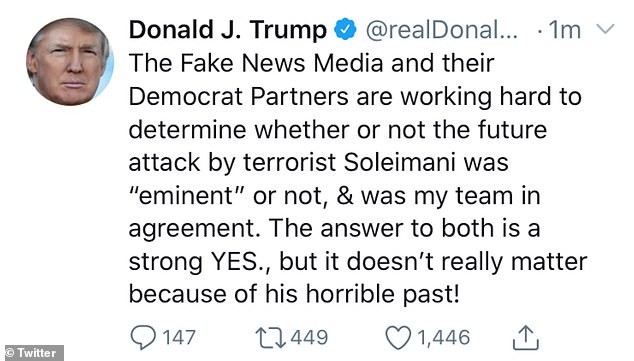 Ernesto Valverde is SACKED by Barcelona with Quique Setien set to take ...