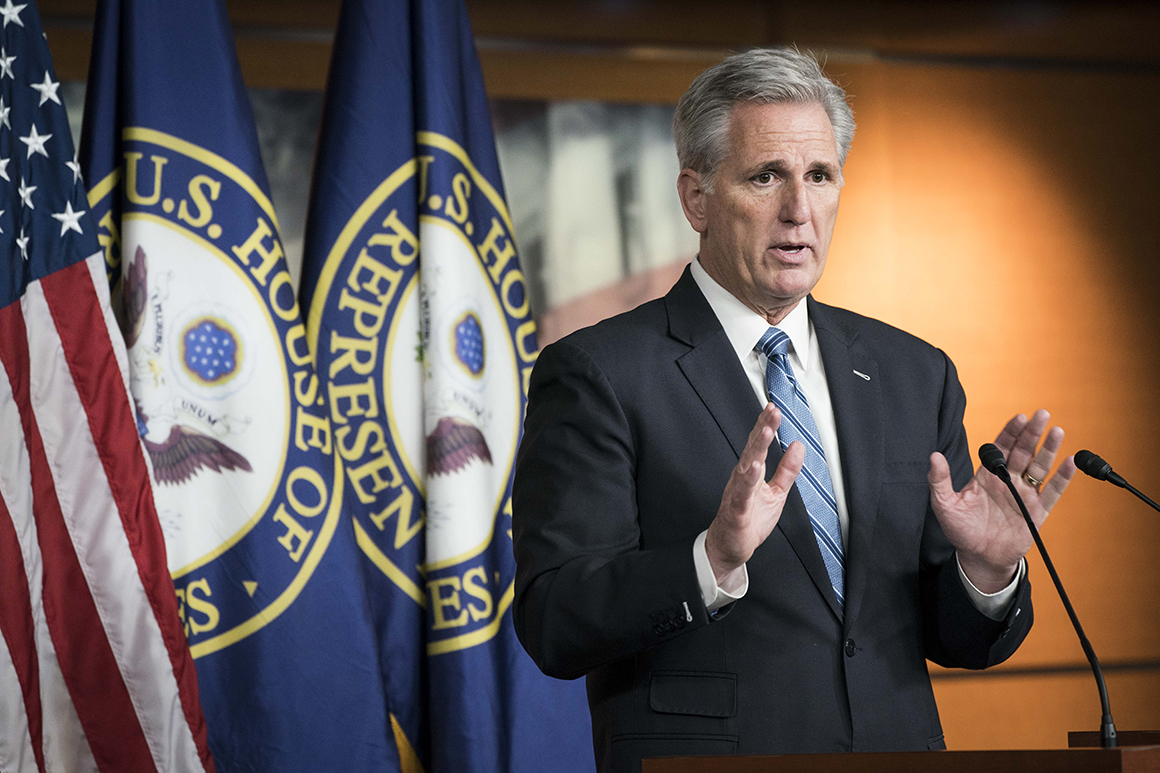 But some GOP lawmakers aren’t on board yet: In fact, several Republicans were concerned about the effort being branded as a GOP-wide initiative, with lawmakers cautioning that they hadn’t read the new bills and weren’t even aware that they were being released on Wednesday.

“There are some that want to go that route, and some who don’t … A number of people brought issues to me,” said Rep. Andy Biggs (R-Ariz.), the chairman of the hard-line House Freedom Caucus. “People are like, is this an official roll out? It can’t be official. We didn’t vote on it.”

“I think that’s what people’s concerns are,” he added, “but I don’t think that was what the intention is.”

Further adding pressure on GOP members, a handful of outside conservative groups came out swinging against the measures, including the Club for Growth and the Competitive Enterprise Institute. The brushback underscores how there are still obstacles in selling Republicans on a solution to a problem that the party has long been resistant to acknowledge, especially among the old guard.

The Batman director shares first look at Robert Pattinson suited up as ...