By Tim Stickings For Mailonline

Iran said today it has arrested several people over the erroneous missile strike which brought down a passenger jet last week.

Judiciary spokesman Gholamhossein Esmaili said ‘some individuals’ had been detained after ‘extensive investigations’, without saying how many.

President Hassan Rouhani has vowed to punish those responsible as he called the shoot-down of the Boeing 737 an ‘unforgivable error’.

The regime has been forced on to the back foot by the crash after its initial denials and subsequent admission prompted a fresh wave of protests. 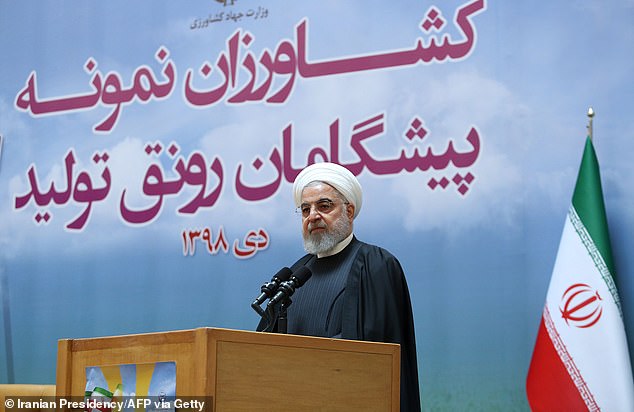