Home›U.S. Showbiz›Emilio Estevez will be returning to The Mighty Ducks in Disney+ reboot
U.S. Showbiz

One day after announcing Lauren Graham will be joining the highly anticipated spin-off of The Mighty Ducks, it has been confirmed Emilio Estevez will be reprising his iconic role as Coach Bombay.

The 57-year-old actor is already back on the ice and looked happy while filming in Canada as seen in photos Disney+  released on Twitter on Thursday.

In the newly released images, Estevez can be seen with a stick in his hand and helmet on with the rest of the team on skates. 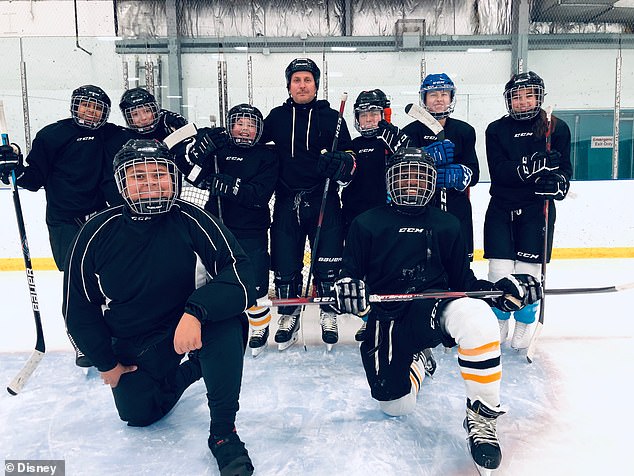 Back on the ice: Emilio Estevez has been revealed to be returning to his iconic role as Gordon Bombay on Thursday in the highly anticipated spin-off of The Mighty Ducks on Disney Plus

Estevez will be credited as an executive producer on the comedy and be reunited with the franchise creator Steve Brill, according to THR.

‘Once a Duck, always a Duck! And after 25 years, I am delighted to lace up my skates, put on Coach Bombay’s jacket and return to play the iconic character for this new chapter in franchise,’ Estevez told the outlet.

‘Likewise, I am thrilled to return to my old stomping grounds with my friends at Disney and Steve Brill, the original creator of the franchise, to join them on their…

Jess Eva cries after realising she let her children swim in ‘unsafe’ ...