By Dan Heching For Dailymail.com

They have both dated superstar offspring Brooklyn Beckham.

So the photographer’s ex Chloe Grace Moretz and his current girlfriend Nicola Peltz were no doubt keen to avoid an awkward encounter on Thursday evening as they attended a Birkenstock bash in LA.

The Carrie star, 23, led the fashionable charge in a smart apple green suit paired with a taupe shirt patterned with black stars while Nicola flashed her abs in an edgy look. 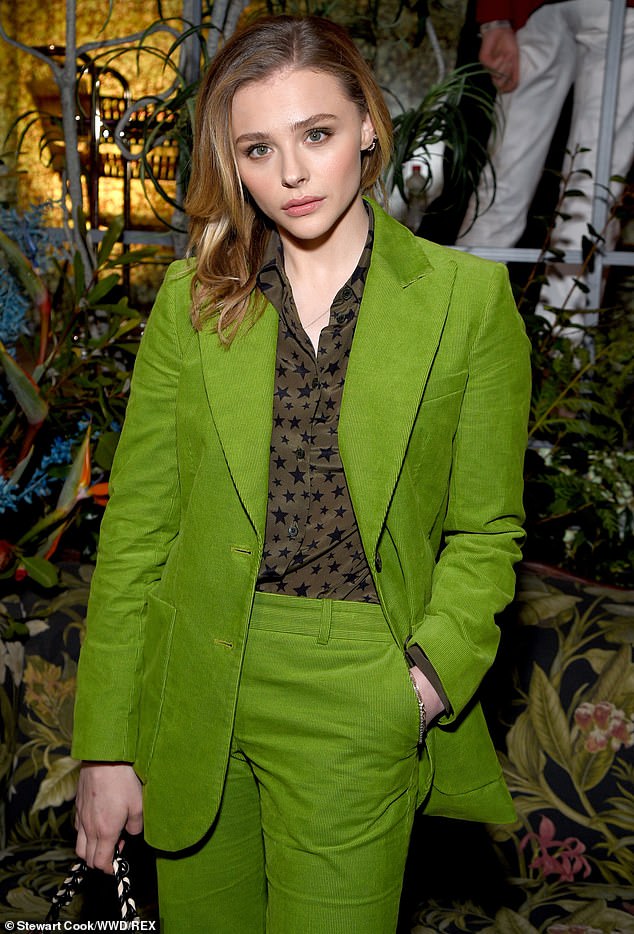 It’s Chloe: Chloe Grace Moretz led the fashionable charge of stars at Birkenstock’s launch party for its 1774 Collection on Thursday night in LA

The heart-faced actress, 23, also carried a chic black handbag at the event, which took place at Paramount Pictures Studios in Hollywood.

Equally chic was fellow event attendee Nicola Peltz, of the films Transformers: Age Of Extinction and The Last Airbender.