By Kelby Vera and Tracy Wright For Dailymail.com

Amber Rose revealed how Kobe Bryant’s death inspired her to get her new face tattoo.

The model/activist explained how the NBA legend’s passing made her ‘reflect’ on life during an appearance of One On One With Keyshia Cole this week.

Amber, 36, told the songstress/TV personality that Kobe’s death reminded the star to ‘live [her] best life’ with no regrets. 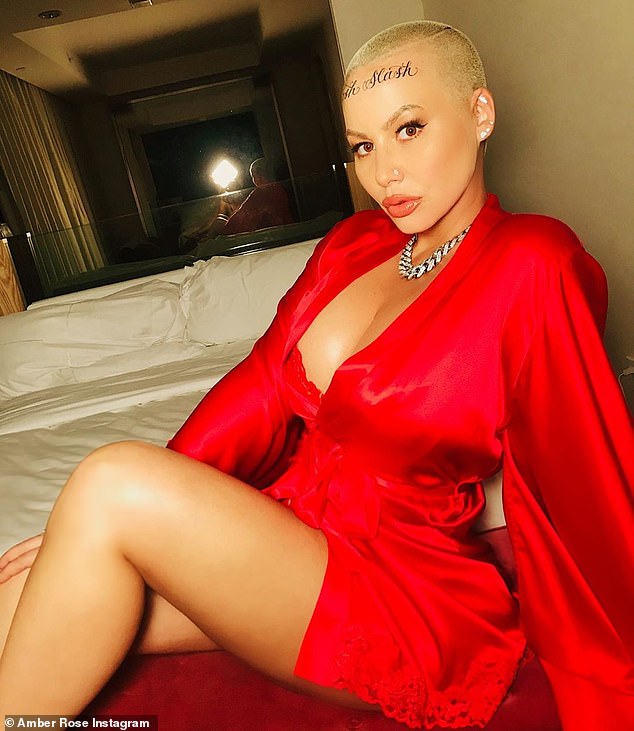 Inspiration: Amber Rose says the untimely death of Kobe Bryant inspired her decision to get a face tattoo of her son’s names because it let her ‘reflect’ upon life

The SlutWalk founder said that the basketball player’s death made her realize how precious life is.

Wuhan evacuee in Texas is the 15th American with coronavirus