Dramatic footage of a motorist driving through a vast swarm of locusts in Kenya has highlighted the crisis facing Africa as the United Nations warned that time is running out.

The shocked driver can be heard shouting in disbelief as the insects turn the sky black and surround his car as he drives through the countryside.

The video emerged as UN officials warned the international community that immediate action was required to stop a humanitarian catastrophe.

It is feared that a 40-mile-wide swarm of 360 billion locusts could grow 500 times bigger within the next four months. 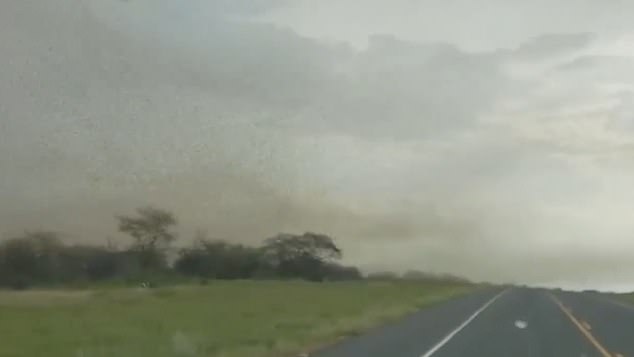 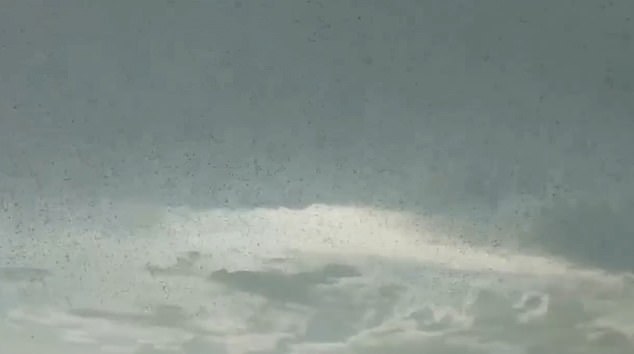 The desert locusts have already decimated vital crops in Ethiopia, Somalia and Kenya, and damaged farmland in Djibouti and Eritrea before they flew into Uganda and Tanzania this weekend.

Mark Lowcock, the UN Emergency Relief Coordinator, said: ‘In this region where there is so much suffering and so much vulnerability and fragility, we simply cannot afford another major shock. And that’s why we need to act quickly.’